Fagus "The Queen"...monster in spring outfit 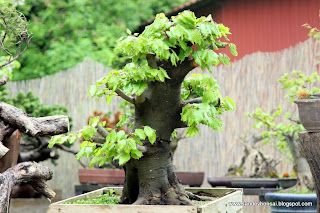 First photo 2009 by Mario.
The tree was collected in 2009. Long branches were left on the tree because there were only buds at the ends of the branches...and it is known that fagus has to have at least one active last years bud on a branch in order that branch survive. So, deeper and deeper prunning was performed during a period...from 2009 to 2011 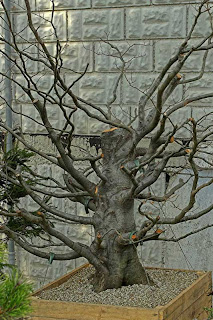 Spring 2011. Finaly, the needed reach of deep prunning is achieved. Only now I can start to build the crown. And here we go... I will take at least another 5 years for the tree to become presentable, but then...beware of this Queen of spring in freshly green spring dress.
Nebari...40-50cm. 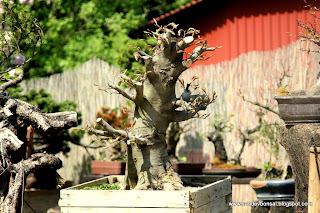 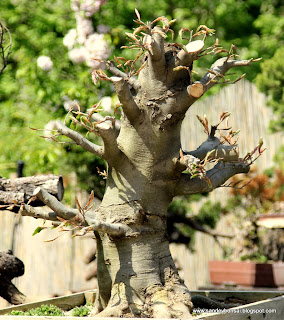 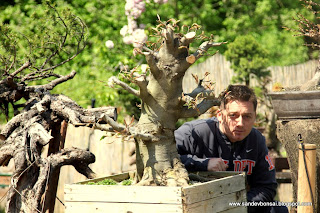 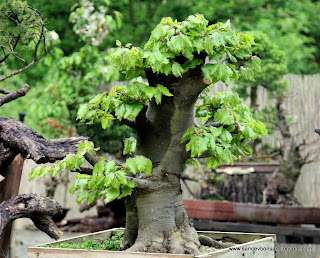 Still raining
Temporary box will stay for another 2 years. It would be of no good to upset the roots in this fase of recreating the crown; the tree needs much energy to produce such a profuse growth...and, there is no better way than to leave the tree in its present pot for a few years. 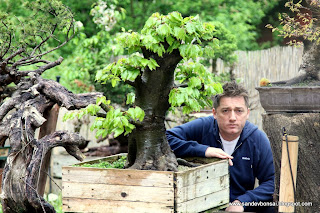 Posted by Sebastijan Sandev at 9:06 AM No comments:

Hedera, my forest friend in his spring wakening

My Hedera in spring awakening...this tree is very dear to me. It is one of my first trees and it endured all of my beginners mistakes. We are together for 17 years now, and we have gone through numerous wireings, repottings, feedings and prunnings.
One day in early spring 1994 I was walking in the forest near my mothers house. I saw that young hedera plant growing proudly upright near a forest path, just in a  treelike shape. First half close to the ground was already woody and the bark was fissured and nicely white coloured. That attracted my attention and I collected it without any tools, just pulled it from the ground. Well, there were some roots together with a little tree thanks to the loose surface peat and leaf mould on the forest floor. And, from then on, our life together begins. I planted a young plant on a rock and into a little plastic container. The plant was growing rather well and fast and it shortly outgrew container and the small rock also. Then, some three years later, I planted it on another rock, tied it well, and the tree continued to grow very rapidly. Of course, that second rock became too small once again, but there was too late to remove it because the roots grasped the stone firmly and there was a danger to destroy and brake the roots and trunk. So, my little forest friend stayed with the rock and with me from then on...for a long 17 years. When I roughly uprooted it almost 20 years ago, I had no idea that we will be inseparable for such a long time. He was 5 milimeters thick and 15 cm high when I found it, like a tip of his branch on this todays photo, and now...well look at him now!
He is everything my spirit is in bonsai...he is my bonsai life. 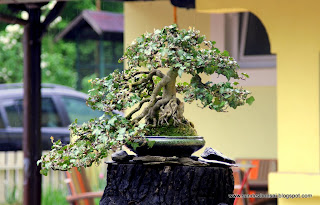 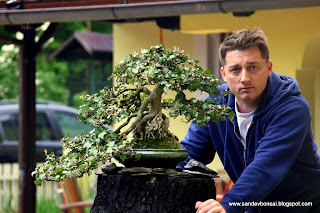 New pot for a big tree

Remember this tree: http://sandevbonsai.blogspot.com/2009/02/carpinus-orientalis-yamadori-iii-iv.html
After two years of undisrupted growth, the time has come to repot this tree. This is one of my first carpinus orientalis trees, so I was still afraid if the tree will take root after collecting, how much root can I take off in the proces of collecting and so on...
Fortunately, the tree grew very strongly...as 99% of carp.orient. do after transplanting from nature.
The tree has a big and heavy rock between surface roots...not only surface roots but even more, the rock is enclosed in lower part of the trunk...that makes it impossible to remove even if I will want to do something like that. Which, of course, I won't. That makes it natural ishitsuki or root-over-rock tree.
The pot in which the tree was planted is a pinnacle of bonsai aesthetics but, that was the only one that I had and in which was possible to fit the tree. 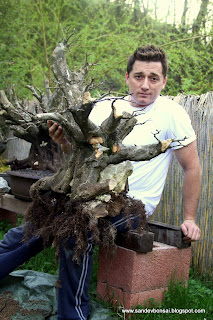 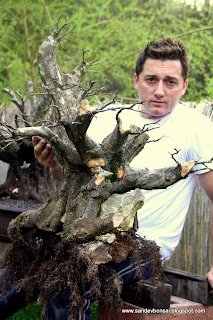 Look at this fantaaaastiiic pot :) 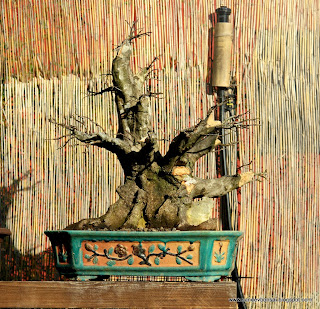 It even has a little flowers on the side... 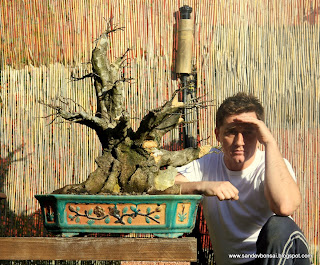 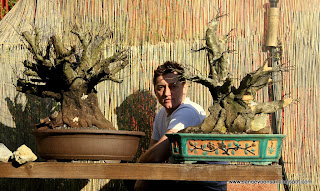 Posted by Sebastijan Sandev at 9:44 AM 2 comments:

At the beginning of it's second year of growth in a temporary wooden container, I had to repeat few basic cuts on the tree. Especially, lowest two branches on the ground. These short stumps will further be drilled and shaped in the future. All wounds will be drilled and shaped with makita next year.

Posted by Sebastijan Sandev at 7:34 AM No comments:

Here is the video of first potting of big carpinus orientalis with nick name "octopus". That was one heavy tree.
Enjoy 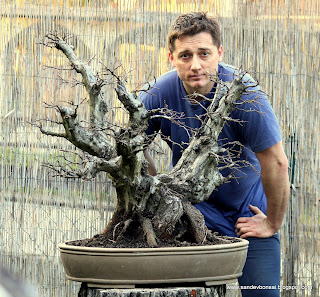 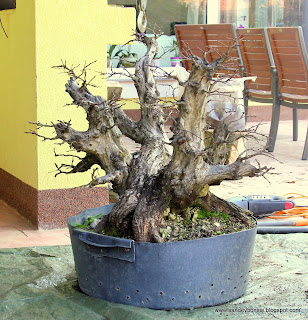 The time has come to repot the beast. We call this tree "Octopus" orientalis...it reminds us on that creature. Tomorrow I will show a complete video of this tree repotted in its first bonsai pot. Because the tree in this plastic pot is so heavy (cca 40kg), we used a power puller, a pulley to lift the tree from its pot and to put it in a new one. Check the blog tomorrow for the video :)
Posted by Sebastijan Sandev at 9:45 PM 1 comment: