I had an opportunity to buy two acer palmatums which were imported by a garden center from Japan. The trees were standing there for three years until today. They've already lost a good deal of their trees due to a basic neglect and also a lack of special knowledge what to do with this plants. Together with a very high price, that was a reason the trees stood there for years.
The trees were completely root bound. Acadama in which they were planted once completely decomposed and turned into pure clay. It was impossible to water the trees, 'cause water couldn't penetrate the root ball, so the trees were very dehydrated. Of course, the trees were never fertilized and were only roughly cut in a round shapes.
One pot was also broken.
These were all my arguments in the process of negotiating price with the garden center.
I managed to drop their price considerably in a way that I got two for the price of one :)

Here are the trees as they came to my garden...

First, smaller Acer with a too big nebari (typical japanese) 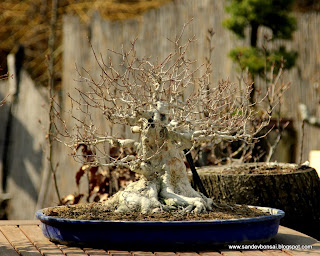 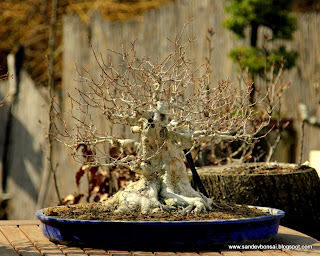 Second, bigger one with also a monstrous nebary, but a bit better than a previous one, since the tree is higher so the nebari looks less wide﻿ 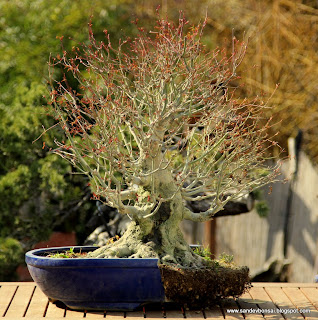 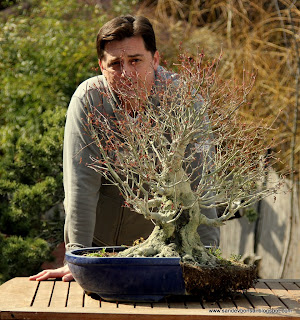 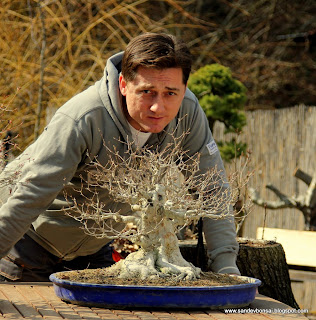 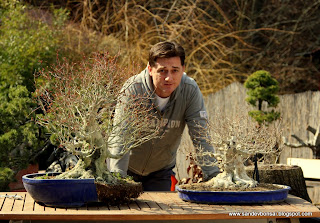 These roots were so dense that I could cut through them with a knife like bread...Acadama was packed so tightly that it was completely impossible for water to penetrate or to extract any nutrients fron such a devastated soil...no wonder the trees were hard to water and reluctant to grow﻿ 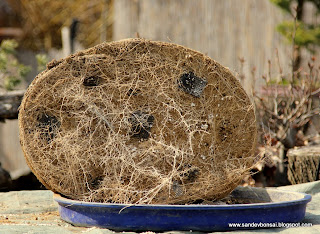 Root ball after cleaning with a root hook 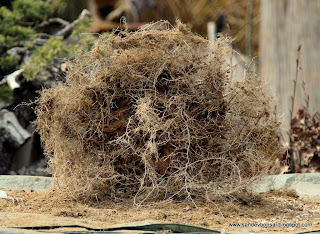 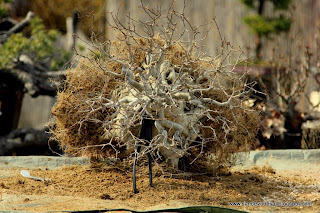 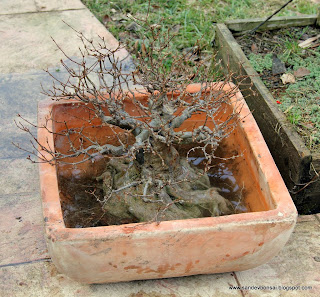 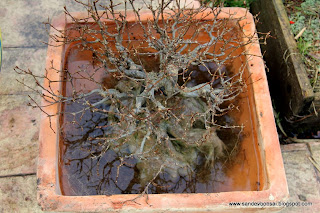 Tree in a new temporary pot. This pot is not an adequate one for the tree, it is just a temporary training pot wich was close in size to hold the imense nebari, also I wanted to plant the tree in a slightly bigger pot which will hold a bit more substrate and moisture, so the tree can recover from those few years of dry, starving torture. I plan to leave the tree in this pot for about two years, while I will be working on the crown and corecting ramification﻿ 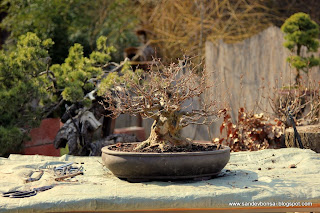 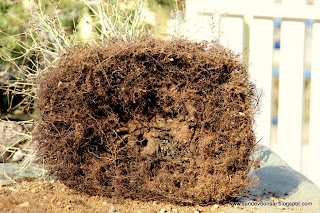 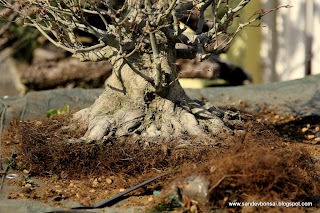 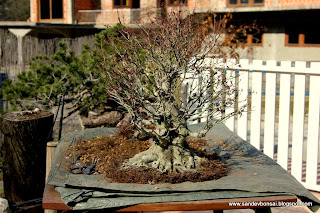 Soaking...it was obvious the tree was enjoying the process.. 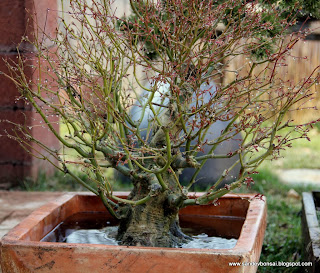 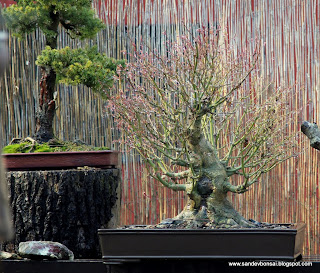 Two new residents of my garden...welcome guys. You look much happier now :)﻿ 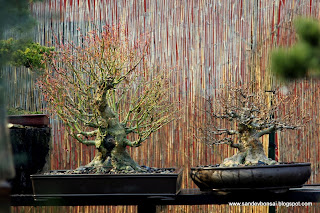 Posted by Sebastijan Sandev at 6:51 PM