This is new Pinus mugo called "The Boar" or "Wild Pig". It is very big and heavy, like a real pig. In the background you can see wheelbarrow for measure and scale. The root system was very long and precious with feeding roots so the tree had to be planted in two big plastic pots (even three).
Nebari is big and wide like square pot in which is planted and that you can see on the top of the round lower pot. 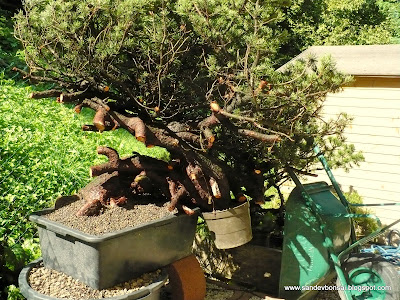 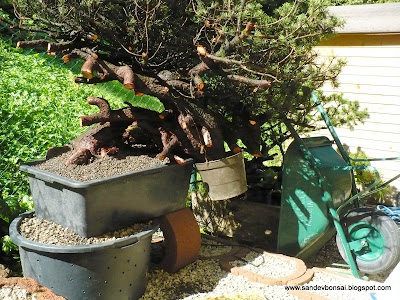 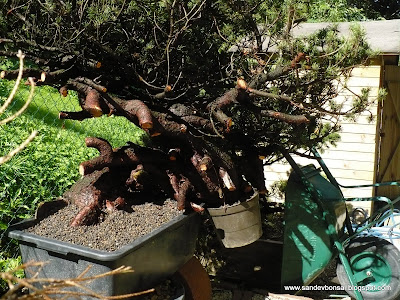 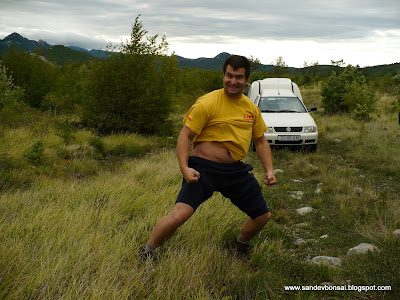 Chajko is defying freezing winds on the mountain. 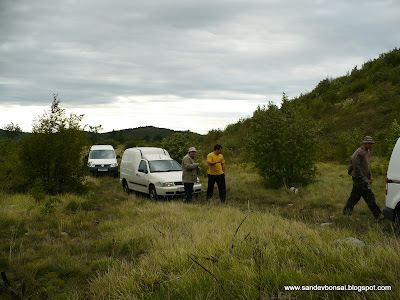 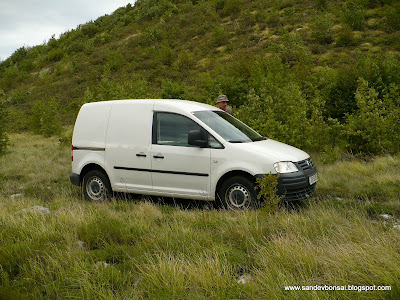 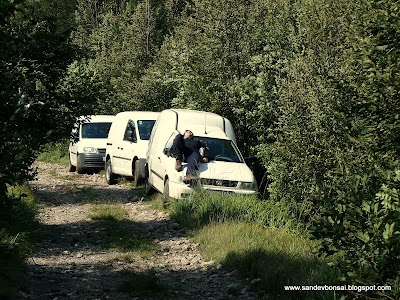 Chayko sleeps on the car peacefully after climbing the mountain. That is so annoying that we decided to kill him and to bury him in that hole where Mugo was sitting before collection. 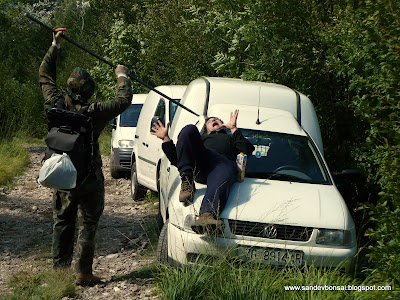 Big Mario did the job. Chajko wasn't suffering, everything was over in a second. 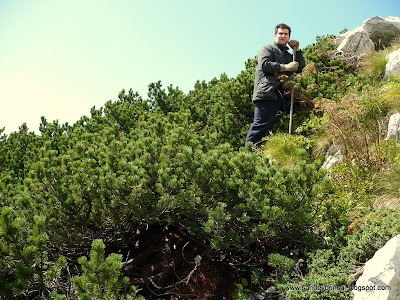 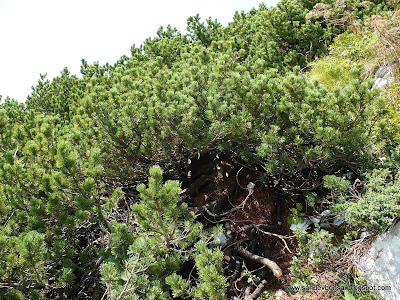 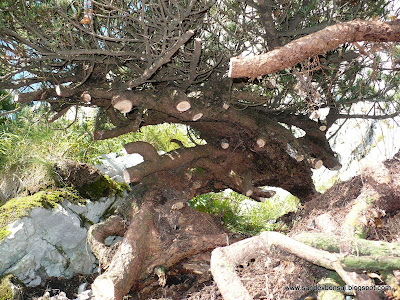 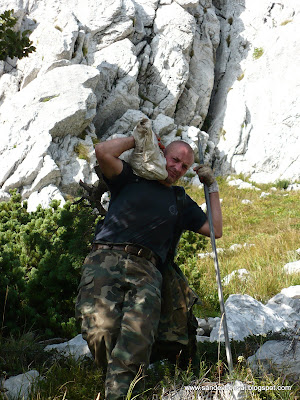 Mario with his tree. The Boar in my garden. 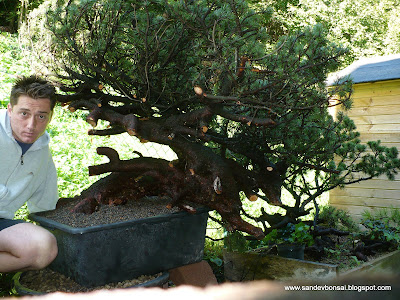 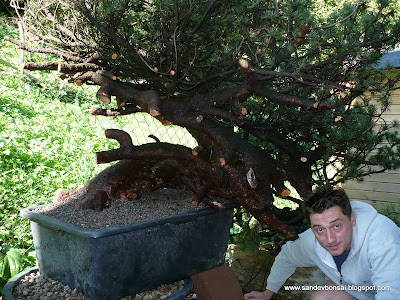 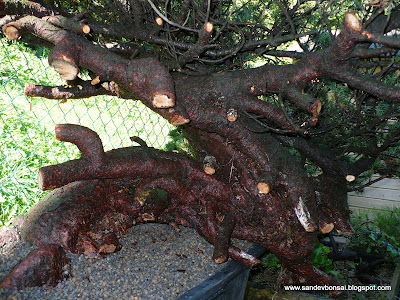 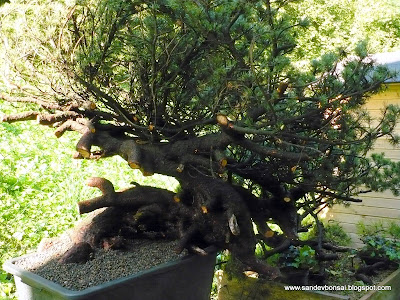 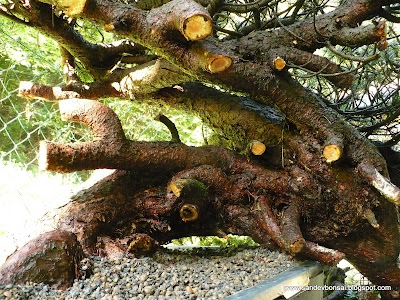 A few words about collecting this tree. Mugos are not difficult species to collect. Their wood is very soft and it is cut easily. They usually grow in their own decaying needles and some smaller or bigger stones which are not difficult to remove. The ground is very easy to dig. Mugo also makes root veeery easily and you will find that every branch that touched the ground around native trunk made its own roots. When collecting trees that are big like this, the main problem is carrying it to the car. This is heavy, and I mean really heavy. It is apsolutely not possible to collect giants like that alone. You have to have friends with you, at least two normal men or one animal humanoid like Mario who has 120 kilos of bones and muscles. And it is absolutely neccesary to have a car very near the collection spot.
This mugo is planted in pure Floreopor (4-8mm granulation)that is the same stuff like crushed Maxit sharp edged. Lower and longer root system in that lower pot is planted in big pomice (10-30mm granulation) with some big pieces of cole mixed with it. There is no anything else in the potting mix.
It is apsolutely neccesary for the tree like this to be wet ALL THE TIME. The potting medium has perfect drainage and contains a lot of air for the roots to grow. But the tree has to be constantly wet, misted from above, maybe 3-5 times a day, maybe more, untill cold winter months come. Conifers have capacity to absorbe water on base aparts of the needles so in that way they can absorbe 10% of needed water. Broadleaves cannot absorbe so much water via the leaves, only maybe 0.1 or up to 1%. So this 10% can be of vital importance for surviving of collected tree and this amount of needed water can be that thin line between life and death.
This big mugo will be misted as many times as I pass next to him untill winter comes. If the tree stays alive and I think it probably will, it will stay in this pot for 3-5 years, and it will not be moved from this location in the garden for the same time (because, nobody can move it anymore anyway).
Posted by Sebastijan Sandev at 9:37 AM