Is it not amazing what can be achieved in just three years!

As many people asked me to find and show early photos of this recently styled tree, I have searched my blog and our bonsai forum ...this is what I've found.

This tree was collected in 2010, late winter. The tree is in training for three years.
This first photo is the earliest photo of this tree. Next three pictures, early spring 2010 before new shoots came out. 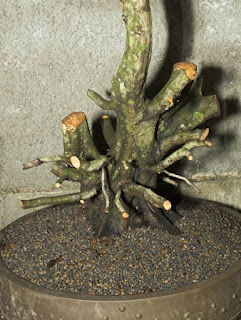 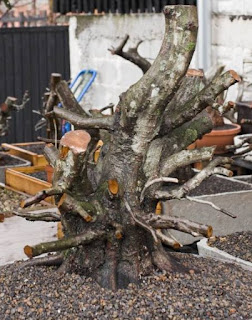 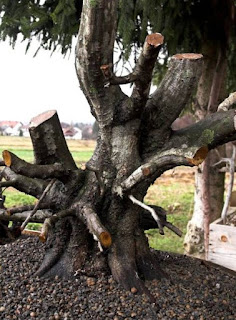 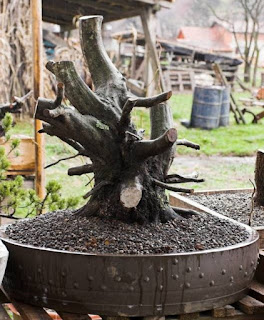 First attempt of early wiring of future branch lines. New basic cuts were made and some drilling too.
Unfortunately, those were the times when I didn't put so much attention on winter protection of Carpinus orientalis or freshly wired trees in general. I forgot the basic rules, golden rules of bonsai art.
Bottom line is...all this newly sprouted young branches died back...AND SOME MORE, and tree almost died also. Took it all next year to slooowly come back to life, and all the branches has to be rebuild from scratch...from newly sprouted buds. Also, heavy die back occured on fat branches and I had to go deeply into older wood with drilling and reshaping basic structure. 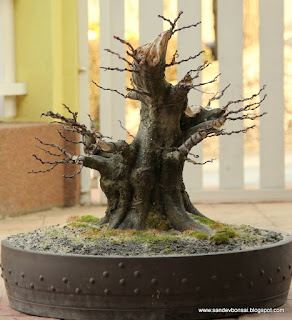 These are the photos after tree slowly came back to life. It was very slow and very week. I thought it will die. 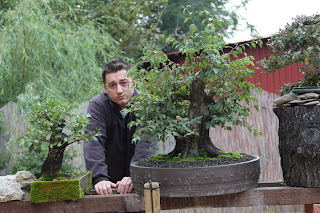 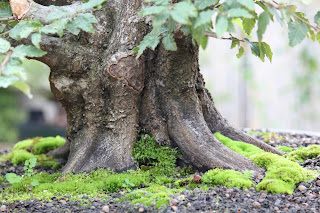 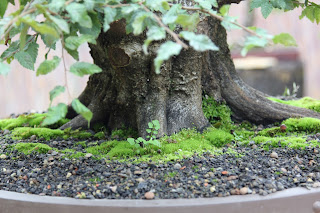 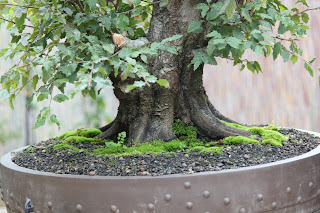 Season 2012, tree grew surprisingly strongly.
It has produced strong and thick shoots that became good and healthy branches. Feeding was aggressive throughout the season.

This winter, first styling.
The tree lost a year. But, nevertheless, this is a surprising result. This is what can be achieved in just three years!
I will make new photos after coming into leaf in spring. 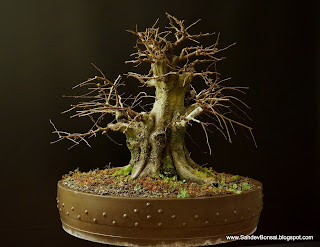 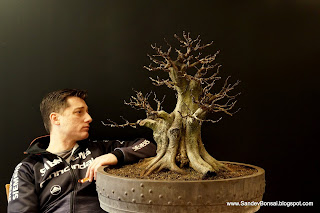 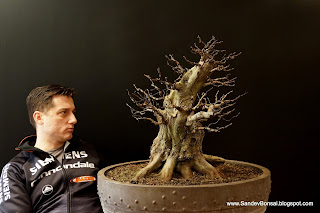 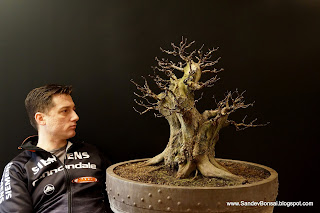 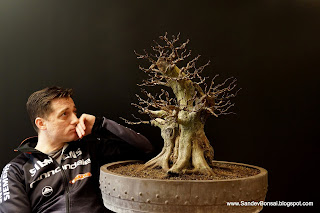 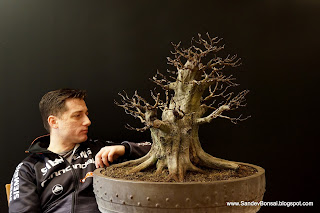 Posted by Sebastijan Sandev at 10:17 PM