First good thing that came out of this project is that I cleaned our garden of eleven (11) plastic pots with small ostryas that were all around it. What a relief!
Ostrya carpinifolia is very similar to Carpinus betulus, although, it growes in warmer regions of Croatia closer to the sea, on southern slopes and preferes sandy grounds. It's called "black hornbeam" because of its black bark.
Last year we dug eleven Ostryas on one location. They are between 3 to 6-7cm in diameter and 30-70cm in hight. The trees were very dense with lot of branches, ideal for forest planting! Already prepared material! Trees spent last year in separate containers and all grew well.
Now it's time to put them together. 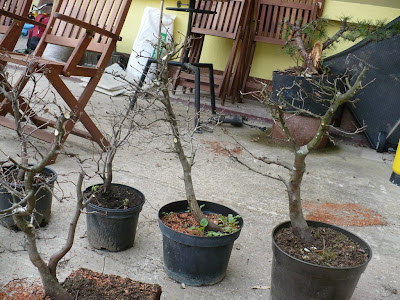 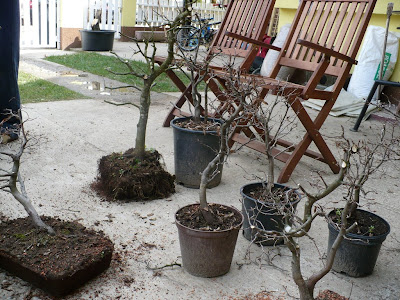 Container prepared for the forest is 120cm long and 55cm wide. 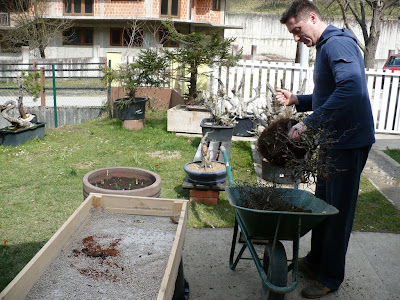 Once again, keep in mind that the trees were collected last year. They were planted in almost pure tenisit (that's crushed brick, similar to that stuff for covering tenis fields but bigger granulation, 3-7mm). The production of roots was amazing. Unbelivable dense tangled root net that was impossible to separate and untangle. We had to cut right through that dense rootmesh with a knife. This is a good example of how it's important to have a good drainage medium for establishing newly collected trees and not only that, for growing trees in containers in general.
Now, I use pure...PURE...PUMICE for growing trees in containers, for growing bonsai and nothing else. There is no need to mix anything else. This is not A SOIL, this is supstrate for growing trees or plants and it's superior to all other mixes. It can be pure tenisit, or pure pumice or somethin similar. If you find necessary, you can put one or two hands of peat in it but nothing more.
The rootball is fantastic and superior to everything you've ever seen before! All that expensive acadama and kiryu is unnecessary and poor comparing to this stuff. Acadama is compresible between fingers, and when you compress it you get pure mud. You cannot compress tenisit and it takes 20-30years to degrade in nature. Pumice is also much better than acadama. It is more porous and lighter. 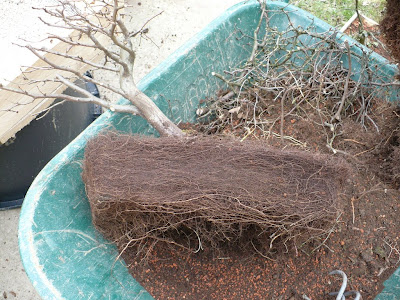 Root ball in closer view. In just one season after collecting!!!! 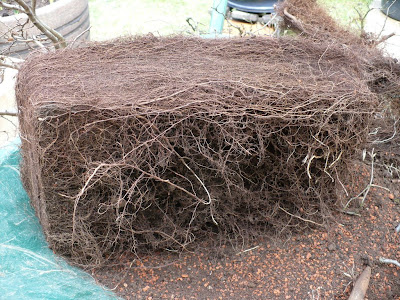 Trees soaked in water while preparing other trees an the pot. 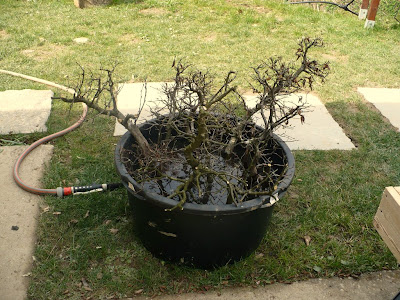 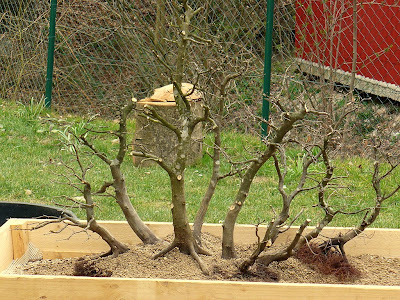 Every tree was tied firmly in position. 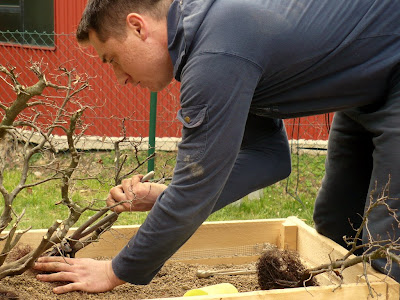 Copper wires under the pot. 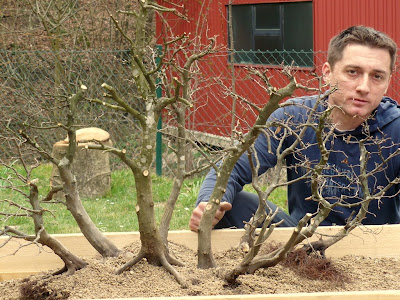 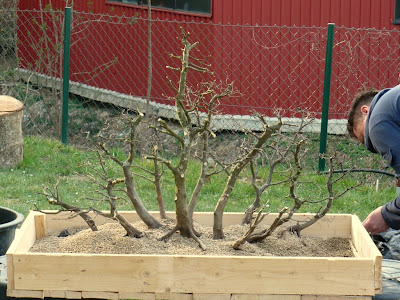 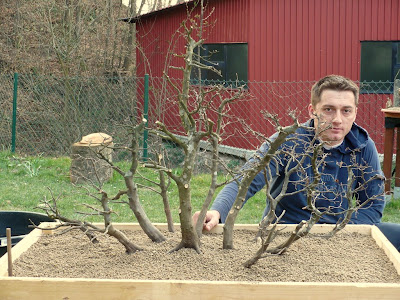 The surface was covered with mosses and some stones. That was not serious setting of soil surface, just like that...we did it in a few minutes, just to cover that ugly looking meter and a half of pumice surface. It came quite well. 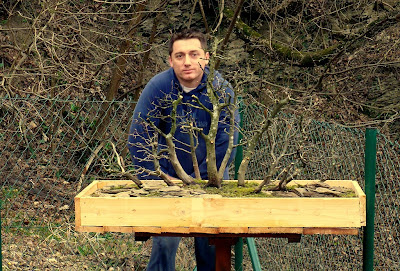 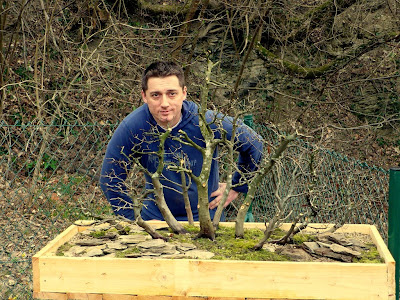 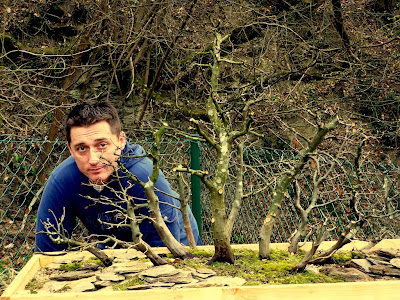 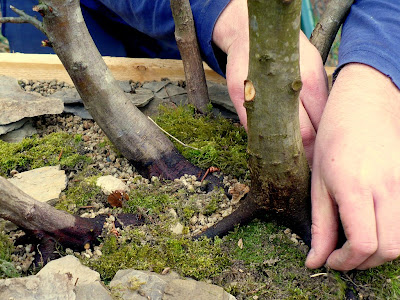 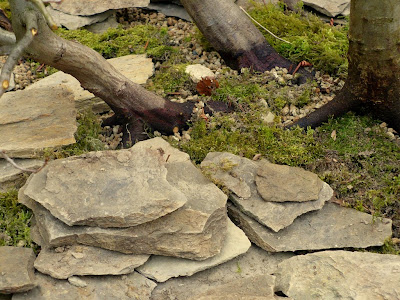 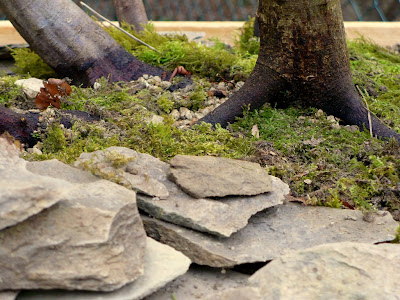 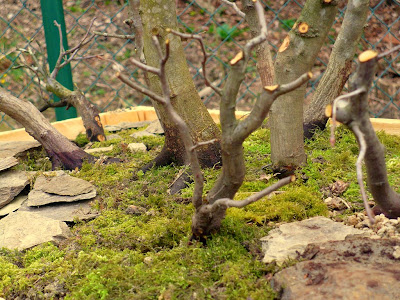 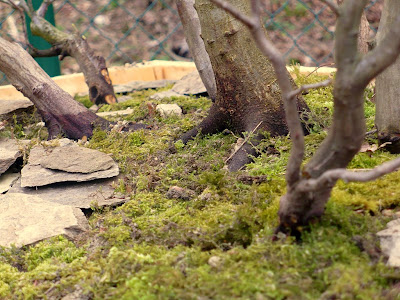 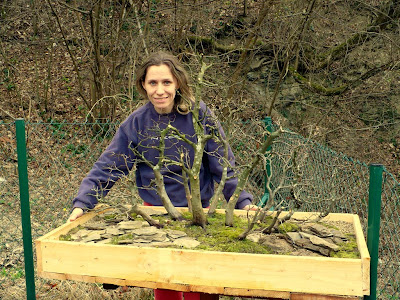 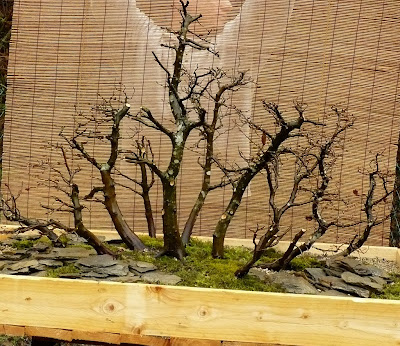 Posted by Sebastijan Sandev at 9:57 AM